So yeah, remember when I thought I could handle being in contact with P? Turns out that was a little ambitious and premature.  But hey you live, you learn right?

This time I told him that I would not contact him again.  And I would only accept contact from him if there was a MAJOR life change.  It’s been 10 months and hardly anything has changed.  That’s fine for him, but I think it’s absolutely ridiculous and sad.

He got all upset when we last spoke, almost like he was having a panic attack. I told him that it wasn’t goodbye forever, just for a while. That seemed to calm him down and he said ok, that he could handle. (FYI- I am not overly concerned with what he can or cannot handle at the moment, forgive me lol.)  He has a twitch in his eye and his lip.  This man is STRESSED to the max!  And I think we both realized we were just torturing each other having contact.  It’s not like we were lovey dovey at all! He kept asking me to see him but understood why I couldn’t do that.  I refuse to end up in the same situation, lying and cheating.  No thanks!  We both were very uncomfortable lying and sneaking around. And whenever we’re together, all rational thought tends to go out the window because he’s so damn sexy lol. So I resisted.  Do I regret it?  I’d be lying if I said never but I know it was the intelligent decision for both of us.

I honestly do not know how to describe it.  But unfortunately for me, calling or texting him became like an OCD compulsion that I felt completely helpless to stop. The really insane part is it rarely, if ever, even made me feel better!!!  Crazy right?? I have never had OCD but WOW, it must really suck to be a slave to certain behaviors.  I cannot even imagine the hell people go through.

I have to decide what I am doing with my marriage, but thankfully I don’t have to make that decision yet. Because of a family issue (his Mom needed us and she never ever needs us so we were happy to help), we had to postpone our first appointment. And because I work days and my husband works nights, it’s been difficult. But he is taking off next week for our first appointment and I cannot wait.  I just want to get on with all this already.  I went from not wanting to go to I can’t wait to go.  Go figure lol!

61 thoughts on “No Longer In the Driver’s Seat” 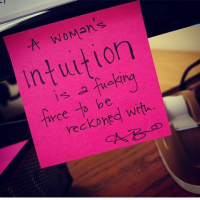 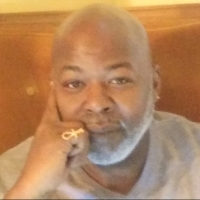 Bipolar Strength: Rebel WITH A Cause

It's OK to feel lost every once in a while